Restore THE HISTORIC BEAR VALLEY to be a community resource

The historic Bear Valley School lies on roughly one acre of land in southern San Benito County at Pinnacles National Park Foundation eastern boundary. The Bear Valley Schoolhouse was constructed in 1903 on land that was donated by Dr. Americus Powers, one of the earliest American settlers to homestead in this rural valley at the eastern foot of the Pinnacles. The one-room, wood-frame structure was the principal school serving the local community for the next 50 years. A commemorative valley oak tree was planted in 1923 for long-time Bear Valley School teacher Horace Bacon and still exists today.

The building also functioned as the nucleus of the community’s social life, serving as gathering hall for many events. It continued in this role even after it ceased to function as a school in 1950. The building was shuttered in 2002 due to its deteriorating physical condition. Nonetheless, the building remains structurally sound and retains its historic integrity, having never been moved or substantially modified.

It continues to hold strong emotional and historic associations for local residents, many of whom are descended from the first generation of settlers who went to school here as children. The National Park Service acquired the school in 2011 in order to preserve this important part of area history. 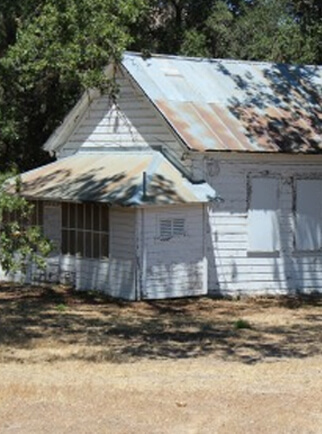 Donate Now
If you have any questions, please contact
Pinnacles Chief of Natural and Cultural Resource Management
Brent Johnson at 831.389.4486 x222 or Brent_Johnson@nps.gov